We offer a diverse selection of activities for students to develop new skills outside the classroom. Click on the extracurricular activities below for details, or view our monthly newsletters here:

The Learning Centre is available for students who require additional help after class. It is open to everyone, although students may be referred if needed. Help is offered in one-on-one settings, group settings and even peer-tutoring. Students also have the opportunity to complete work with more guidance and/or ask for extra reading, writing and assignments.

Volunteering and Community Service
Students cultivate a sense of personal and communal responsibility through giving back to the local community. Areas of volunteering include: ​ 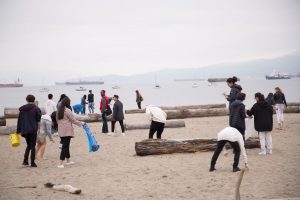 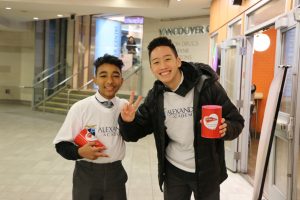 Every student at Alexander Academy is required to be involved in at least one extracurricular club. Examples of clubs offered in the past are Yoga, Soccer, Art, Fitness, Euclid, Anime, Photography, Martial Arts, French, Swordmanship, Dance, Ping Pong, Yearbook Club and more. Students decide on which clubs will be available for the school year during our annual Clubs Fair Day, and ideas for new clubs are strongly encouraged! 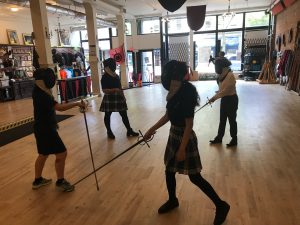 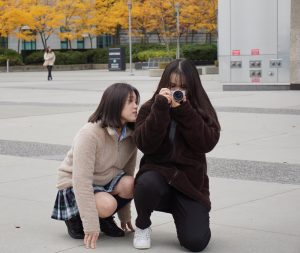 Several school-wide activities are conducted annually, and have become a tradition at Alexander Academy. Some of our most memorable events are: 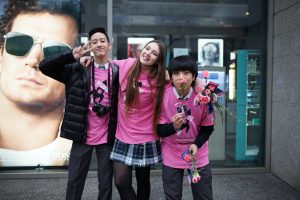 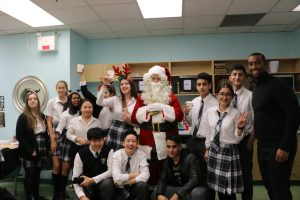 As we are located in the heart of downtown, many attractions and resources are within walking distance or short transit rides. Classes regularly incorporate field trips to places such as the Vancouver Art Gallery, the Vancouver Film School, the Museum of Anthropology and much more. 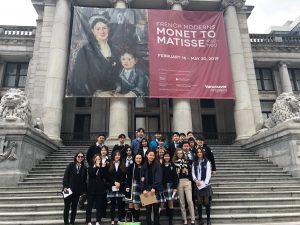 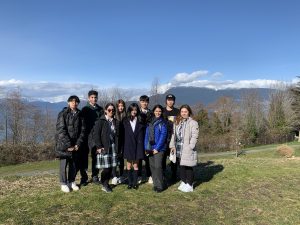 National Math Contests
Each year, several students participate in the Euclid and Pascale mathematics contests conducted by The Centre for Educational in Mathematics and Computing (CEMC) of the University of Waterloo. Led by their math teachers, these students attend the Euclid and Pascale study clubs afterschool in preparation for the challenge.
Creativity, Activity, and Service (CAS) component of I.B. program

The International Baccalaureate Diploma Program includes the Creativity, Activity, and Service, or CAS component. Students enrolled in the I.B. program are required to develop skills outside of their academic experience to become life-long learners. Alexander Academy enjoys supporting its I.B. students by extending their CAS projects to involve rest of the school through activities such as the creation of the Alexander Action Club and planning school-wide events. 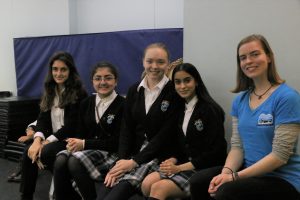 The Alexander Action Club started meeting in November of 2019 with the mission of tackling environmental issues at the global level. One such example was their invitation of the Georgia Straight Alliance organization to present at a school assembly about their wildlife preservation efforts.

“CAS is a very important part of the IB Diploma programme, and one cannot pass their Diploma without it. It allows students to spend time managing their lives outside of immediate schoolwork and is a way for students to get credit and be acknowledged for the extracurricular activities they do in the sectors of creativity, activity, and service. . . .Incorporating these things into one’s school life creates a well-rounded, balanced student, and it often leads you to think of things you normally wouldn’t!”

Sophia: “Some of my most fun CAS projects include getting a Boater’s License online, being a Crowd Pumper at WE Day, being in the Santa Claus Parade this Christmas, and playing Badminton with the school at the local community centre.” 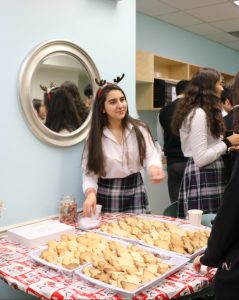 Ashima: “One of my favourite activities was the Christmas International Food Fair. I was able to plan it out from the beginning, which was a new experience for me. It was special for because we worked very hard on it and it was great to see it succeed. Overall, CAS has helped me do a lot of things I wouldn’t have done otherwise. I have learned new things and met new people, became more sociable and learned more about myself.” 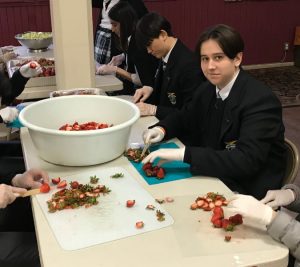 Nicholas:  “CAS has really been a big motivation for me to exit my comfort zone of staying at home.  A strong example are my experiences at the soup kitchen which I was able to volunteer at. It’s something I honestly probably wouldn’t have been able to get around to doing; and it’s interesting since (I went) there once, I wanted to go back again over and over. I’ve never really been this close to people who are seriously in need due to their unfortunate situations and it’s fulfilling to know that I’ve done something which impacted someone’s day.”

Request information, a tour, and more by filling out the form below. An enrollment advisor will be in touch with you with more details shortly. 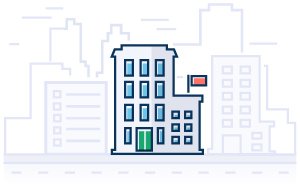